Heads of the Valleys Ride 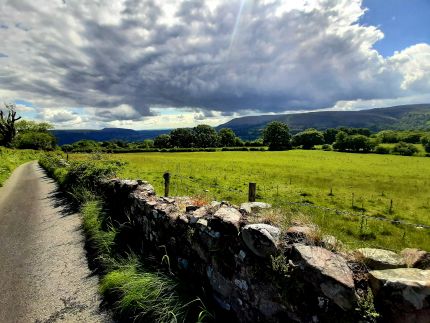 Starting from - Starting out at the Llanfoist Crossing Car Park
Travelling from Abergavenny Centre along the B4246 you pass the Kia motor dealership on your right and the car park is a couple of hundred yards further on the right. It shares the same entrance as the Abergavenny Garden Centre formerly known as McDonalds
There are no toilet facilities at the car park. Free Parking but spaces limited.

This is a truly fabulous ride with spectacular views of the Clydach Gorge, Brecon Beacons, Sugar Loaf and Skirrid Mountains, through to Brynmawr then joining the Monmouthshire and Brecon Canal Path back to Llanfoist. A stunning guided ride, predominantly traffic free and utilising National Cycle Routes.

Starting out from the public car park in Llanfoist, just a short ride from the centre of Abergavenny and National Railway, you will begin a 9 mile ascent on the former Merthyr, Tredegar and Abergavenny Railway towards Brynmawr. This is now the Sustains National Cycle Route 46, paved and a gentle climb averaging 2-3%. Crossing the Monmouthshire and Brecon Canal Path and through the first station, Govilon. Continuing up the side of the valley past Gilwern station, a double platform with stairs on one platform. The track deviates from the cycle route onto a narrow lane for about two miles through two switchbacks for a short steep section and then re-joining the railway which has now been made into a road. Over a viaduct at Clydach and the remains of the station. The route circumnavigates the two railway tunnels that are now bricked up and disused. Clydach quarry workings appear on the left with much evidence of derelict buildings. Continuing along the newly refurbished Sustrans route towards Brynmawr and over the new John Williams Bridge (in honour of local Nantyglo First World War Hero Sgt Major John Henry Williams awarded the Victoria Cross). The route then takes the Hafod Road, where you can observe the route you've just taken on the other side of the valley (Clydach Gorge). Dropping down a fairly steep descent into Gilwern we pick up the Monmouthshire and Brecon Canal path and a quick stop at the Towpath Inn before returning to Llanfoist.

15 miles 1200ft Climbing. The ride is predominantly off road on a mixture of hard packed and asphalt surfaces. Gravel bikes, CX Bikes, MTBs suitable. Hybrids with a bit of traction should be fine. Electric bikes welcome. Road bikes are probably not ideal, the narrower tyres may not give adequate traction on gravel and could prove a safety issue.

A pleasant circular route utilising the old tram lines up to Brynmawr, a flat ride at Blackrock before descending into Gilwern and following the Monmouthshire & Brecon Canal Path back to Llanfoist. Aimed at those new or returning to cycling and would like a safe, predominantly traffic free route

Predominantly traffic free route with a mixture of hard packed and gravel surfaces.

Potential stop at the Towpath Inn for refreshments. Located in Gilwern with a lovely setting next to the canal.

Helmets compulsory. Suitable clothing for the weather conditions. Carry bike tools such as pump and spare tubes with ability to fix punctures if necessary. Light refreshments and water for the route. 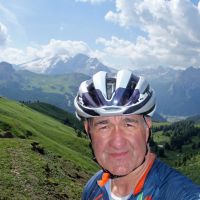