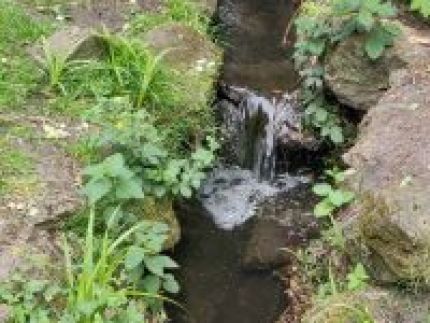 Starting from - Outside the south side of the Lee Valley VeloPark, Queen Elizabeth Olympic Park, Abercrombie Rd. E20 3AB

Join us to reconnoitre this EECC ride for Saturday 28 September. There will be occasional stops to discuss the routing, consider risks and possibly identify/test alternatives.

In Roman times, Southwark's claim to fame was that it was the largest of a set of gravel islands which lay to the south of a very wide River Thames. London Bridge was built to provide access to this island, whose eastern seaboard was defined by Earl's Sluice. Earls' Sluice enters the Thames at Deptford Wharf and, prior to the 13th century, when the Effra was diverted to run west from Kennington to join the Thames at Vauxhall, it was fed from the River Effra.

After Cutty Sark Gardens, we will cycle westwards along the Thames Path to find Earl's Sluice, which lies on the Deptford/Rotherhithe border. There is an historic bridge parapet and sewer outlet there now. Earl's Sluice is one of London's lost rivers now, but we will be seeking out the pipe where Earl's Sluice emerges from underground to cross a railway line (to be located during the ride). The River Peck, from which Peckham gets its name, is a tributary of Earl's Sluice. We will follow the path of this river up to Peckham Rye Park, where parts of the river emerge from underground culverts and form a stream which runs through the park. We will then seek out the source of the River Peck, which lies under the roots of the One Tree at One Tree Hill. This map depicts the river flows.

On our return journey, we will stop at the 16 mile point for a refreshment break at the Blackbird Bakery. We then cycle back along Quietway 1 to Cutty Sark Gardens.

This ride has 926 feet of climbs and the pace should aim to average 10-11 mph over the ride. Occasionally a lift at the Greenwich Foot Tunnel may be out of service so the stairs would need to be used. The North Tower has 87 steps and the South Tower has 100 steps. An alternative crossing would be to take the DLR south from Island Gardens station for one stop.

All participants are expected to bring:
• A bike in good working order with tyres pumped to the correct pressure.
• A cycle helmet
• Carry at least a spare inner tube, pump and tyre levers.
• A cycle lock for use on the refreshment stop,
• Dress for the weather on the day.
• A drink.
• Lights if there is any chance of poor visibility. 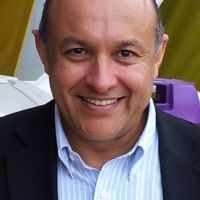