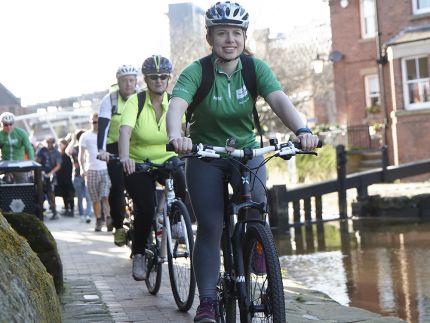 Starting from - Bridge over the river Wandle at the bottom of Trewint Street, SW18 4HD

Starting Just off Garrett Lane in Wandsworth at the bottom of Trewint Street on the bridge across the river Wandle.

For most of this ride you could almost be in the country as you cycle alongside a small river with greenery alongside you for almost ¾’s of the ride and where you are on roads, they are quiet or we are on cycle paths.

We cycle along a cycle path alongside the River Wandle, crossing Plough Lane via a pelican crossing, to Colliers Wood. Then its along Merton High Road really the only quite busy road we cycle. Then via quiet suburban road we skirt into Morden Hall Park - a national trust house and park , and then sweep back onto cycle paths alongside the River Wandle all the way to Hackbridge we have passed through Watermead’s Nature Park and Watercress Park. After crossing Hackbridge Road we are again cycling alongside the Wandle this time on very quiet roads, past wilderness island onto the Carshalton Ponds where we turn around and loop back towards Wandsworth. The return route is pretty much continuously alongside the Wandle until Morden Hall Park where we exit and cross the Croydon tram line onto about 1/2 a mile of very quiet roads until we can join the cycle paths the entire way back to Wandsworth.

I estimate the average speed to be about 14/15 kph (8/9mph) and the ride is essentially dead flat with no significant climbs at all. The ride starts at 8.00 prompt and should be finished by 10.45 am with a 25 minute coffee/cake stop. The idea is to finish early so the rest of the day is yours to spend with family or friends.

The cake stop is either @ Sassis Cafe in The Grove, or the Riverside Cafe or at the end of the ride @ Bean & Hop on Garratt Lane.

Children 11+ accompanied by adults a welcome, but parents please bear in mind this is quite a long ride at roughly 100 minutes of riding 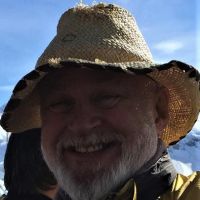